Theft and Burglary Defense With a San Diego Theft Lawyer 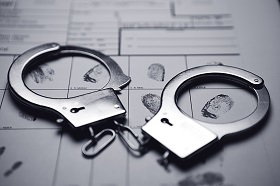 There is a lot of confusion regarding the charges of theft and burglary in California. The two crimes are distinct under the California Penal Code and carry very different penalties. If you have been charged with either crime, you should talk to a San Diego theft lawyer to understand the penalties you face.

Understanding a Theft Charge With a San Diego Theft Lawyer

Theft is generally considered a lesser offense than a burglary. A San Diego criminal defense attorney can tell you that theft involves taking of property that belongs to another person. However, there is typically no person-to-person interaction with a theft. For example, if someone leaves a smartphone on a table and you take the phone without permission while the person is away, you may be charged with theft.

The penalties for theft typically vary upon the amount stolen. If you steal something worth $950 or less, you may be charged with petty theft. Theft of something greater than $950 may be considered grand theft. Depending upon the circumstances of the theft and your criminal record, a San Diego criminal defense attorney can argue why you should face a misdemeanor or felony charge for the theft.

Understanding a Burglary Charge With a San Diego Theft Lawyer

Burglary is a different crime than theft, though it can also incorporate a theft as one of its elements. Generally, a burglary means that the defendant enters into a building or resident to commit a theft or other felony. A San Diego theft lawyer can explain that you may be charged with the crime even if you do not complete the theft or burglary.

The penalties that you can face for burglary generally depend upon the type of building you entered. For example, a San Diego criminal defense attorney can explain that you can face a first-degree burglary charge and felony penalties if you break into a home or dwelling. On the other hand, if you burglarize an office building, you may face a second-degree charge and a misdemeanor.

If you have any questions regarding a theft or burglary charge, contact California Law Centers at 619-667-3743.