How to Avoid Seeming Claims Conscious 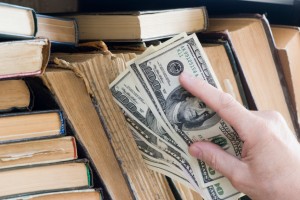 Following are some examples of situations that might set off a claims adjuster's fraud radar.

An adjuster may be wary of a plaintiff who seems either overly nice or one who is hostile or very aggressive. In either situation, the adjuster may select the plaintiff for surveillance.

Claims adjusters who have been working in the insurance industry for a long time will have developed a “sixth sense” for fraudulent claims, according to a San Diego personal injury lawyer.

An adjuster may follow an anonymous tip alleging that a reportedly disabled plaintiff is working or participating in physical activities such as water-skiing. Disgruntled co-workers or an angry ex-spouse may tip off an adjuster.

Claims adjusters may use extra caution in cases that may end with a large settlement. For example, a case in which the claimant reportedly has lost the capacity to work and is asking for a lifetime's worth of lost income.

The claimant's doctor has a reputation for being very pro-plaintiff and may have written overly-sympathetic reports for plaintiffs in the past, says a San Diego personal injury attorney.

The plaintiff's description of pain and suffering seem exaggerated when compared with other plaintiffs who suffered from similar injuries.

The plaintiff is not able to take calls from the adjuster, even though he or she is at home, because there is something better to watch on TV.

Where Is the Plaintiff?

The adjuster phones during office hours on several occasions only to find the plaintiff is not home. It may seem suspicious that a supposedly injured plaintiff is able to be out and about frequently.

An adjuster will notice the plaintiff who wears a neck brace on the way into the office to pick up a claims check but takes it off on the way to his or her car, according to a San Diego personal injury attorney.

If the claimant's union representative contacts the adjuster immediately demands to know whether the claim has been accepted, the adjuster may suspect premeditation or feel that the claimant is overanxious.

Plaintiffs may appear “claims conscious” to an adjuster if they immediately seek legal representation. For example, an adjuster may be concerned about a case in which the lawyer's letter of representation bears the same date as the accident.

A San Diego personal injury lawyer may help a plaintiff avoid the appearance of exaggeration or fraud in order to legitimately obtain a fair settlement for his or her injuries, lost wages and suffering. Attorney James V. Hairgrove has a background in personal injury cases and can be reached at 619-667-3743.