If You Are Charged with DUI in California 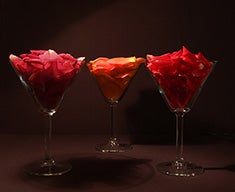 The penalties for driving under the influence in all states have significantly increased over the past several decades. Even so, California has taken one of the toughest stances of all. If you know anyone who has faced the loss of license, financial penalties, and hardship that follows a DUI conviction you understand the toll it can take. For this reason, if you find yourself in the unfortunate position of being thusly charged it is imperative that you have a seasoned and dedicated San Diego DUI lawyer in your corner.

Long gone are the days when a person may simply be warned and sent on his way when stopped for drinking and driving. The penalties today are severe, and can bring significant hardship to a person who is convicted. As a San Diego DUI lawyer will tell you, there are actually two types of penalties—those meted out by the courts and those which result. The latter include:

Penalties meted out by the courts include substantial fines, suspension of your license, and jail time. The severity of these penalties depends upon whether yours is a first, second or third offense:

The degree of intoxication of an individual is measured in one's blood alcohol content (BAC). In California, if your BAC is .08 or higher, you will be charged with driving under the influence. This does not mean you cannot be charged if your BAC is lower. Each individual has a different tolerance to alcohol. Moreover, other factors can increase one's intoxication. For instance, you may be taking a medication which increases the intoxicating effect.

Minors and commercial drivers are in a special class regarding DUI. California has a no-tolerance policy for minors under the age of 18, which means that they may be charged if any amount of alcohol is measured in their system. Drivers who are age 18 but under 21 can face charges if their BAC is .01. Commercial drivers can be charged with DUI is their BAC is .04 or higher.

DUIs are usually charged as misdemeanor offenses in California, but certain factors can elevate the charge to a felony. These so-called “aggravating factors” are as follows:

A conviction under one of the above aggravating factors can lead to substantial prison time and potential revocation of your driving privileges, depending upon the seriousness of the case. If you are charged, it is highly recommended to consult a professional San Diego DUI lawyer immediately to determine the next steps you should take.

Defending You in a DUI Case

Your San Diego DUI lawyer will thoroughly investigate all aspects of your case, including the details of your detainment and arrest. The seeds of a successful defense can often be found in the police work. For instance, officers will ask a suspect to submit to a Breathalyzer test, but often fail to mention that it is not required. Suspects are also generally asked to submit to one or more field sobriety tests. These are inherently problematic for many reasons: the suspect may be tired or have a physical impairment; the surface along the side of the road might be uneven and difficult to walk on; the test may be given in darkness where there are no street lights, and the suspect trips. The actual blood tests may also produce fodder for the defense, such as in improper lab techniques or documentation.

DUI cases can be highly complex, and the penalties for conviction serious enough that you need to hire a San Diego DUI attorney who has the experience and understanding of the law to fight for you. Call attorney James V. Hairgrove today at 619-667-3743.