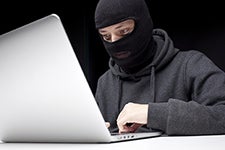 The term “white collar crime” has no universally agreed-upon definition. It is typically used to describe a legal offense committed in a commercial or business setting where the position the perpetrator holds plays a key role in the offense. As a San Diego white collar defense attorney explains, it is essentially a paper crime with a financial benefit or some other advantage gained by deceit without threat or actual violence involved.

Investigation of a White Collar Crime

Unlike many crimes, a white collar crime seldom involves an arrest without warning. Investigations often take months or longer to develop. In that time, an individual may be interviewed by prosecutors or subpoenaed to testify before a grand jury. Even if that person is ultimately not the subject of the investigation, it is important to retain the counsel of a San Diego white collar defense attorney as soon as possible. The attorney will not impede the investigation, but they will be certain no rights are inadvertently waived by the individual. If the person is or becomes the subject of the investigation, a San Diego white collar criminal defense attorney may be able to reduce the person's exposure to criminal liability or perhaps work out a deal for immunity in exchange for co-operation and testifying for the prosecution.

White collar crime ranges in scope from one single incident, such as an individual failing to disclose assets in a bankruptcy petition to one that impacts thousands of people and involves billions of dollars, says a San Diego white collar criminal defense attorney.  Think Ponzi schemes and Bernie Madoff. Some of the most commonly committed white collar crimes involve:

The Complexity of White Collar Cases

Part of the reason white collar crimes are the subject of lengthy investigations is the complexity of the evidence. It is not unusual for literally thousands of documents, emails and other items of paperwork to comprise the prosecutor's case. Although this may seem overwhelming to the defendant charged in the case, this can be an advantage to the experienced San Diego white collar criminal defense attorney. The prosecution, after all, has the burden of proving the case beyond a reasonable doubt and the defense need only find a single flaw in the government's case to plant a seed of doubt in the jury's mind.