Exceptions to Liabilities in Divorce 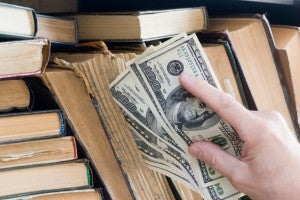 Your San Diego family law lawyer has probably already talked to you about the rules regarding liabilities in divorce. However, for every rule, there is generally an exception. These exceptions may arise in order to maintain an equitable balance between the spouses. Here are some exceptions when a court decided not to follow the rule.

Not Including Debt in the Marital Estate

Your San Diego family law lawyer can explain some situations give rise to being an exception to the general rule. In one case, a spouse had a credit card bill for about $3,500 for a piece of jewelry for his girlfriend before they separated. The debt was not made part of the marital estate. In another case, the husband accrued debt of $7,500 for a trip he took to Alaska. Although the wife agreed that the debt was incurred by mutual agreement, credit card statements showed that the man had a female companion. The husband then agreed to exclude the debt from the marital debt. In a third scenario, a wife had taken a line of credit against a house after the husband transferred his interest to the wife during the marriage. The line was executed right after their separation and she lost the money to gambling. Rather than arguing that the debt should be excluded, the husband decided to renegotiate terms of the divorce.

If you would like to know if your situation qualifies as an exception, contact San Diego family law attorney James V. Hairgrove at 619-667-3743.