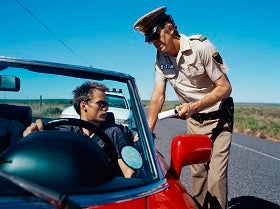 The Fourth Amendment to the United States Constitution prohibits unreasonable searches and seizures of a person and his or her property. However, a person's vehicle does not receive much protection under the Fourth Amendment. According to a San Diego criminal defense attorney, courts give police officers considerable leeway when they make determinations regarding reasonable suspicion. In addition, courts are giving officers increasing levels of constitutional latitude to stop vehicles.

After pulling a car over, police are allowed to:

If an officer observes occupants behaving in a furtive or suspicious manner or they refuse to obey orders, the officer may be allowed to pat the vehicle's occupants down. In the past, the U.S. Supreme Court held that if a vehicle's occupant was placed in police custody, a police officer was allowed to search the passenger compartment and any containers found inside. An officer could perform a search even if the person was placed in custody outside the vehicle and not physically able to access the car, says a San Diego criminal defense lawyer.

Currently, the Supreme Court stipulates that officers can search a vehicle in connection with having taken someone into custody, if the individual is not restrained and is in reach of the passenger compartment while the search is being performed. Officers are also permitted to search vehicles in the event that there is reasonable suspicion that the vehicle contains evidence that is relevant to the crime for which the person has been placed in police custody. On the other hand, if the driver is not being placed in police custody, officers are not permitted to frisk the driver or search the vehicle, unless police believe that the driver poses a danger to them.

In the event you have been pulled over and you were patted down and your vehicle searched, your San Diego criminal defense attorney may challenge officer's reasonable suspicion to make the stop or the probable cause to search your vehicle for evidence. In addition, a passenger who was patted down or placed in police custody can also challenge a police officer's reasonable suspicion.