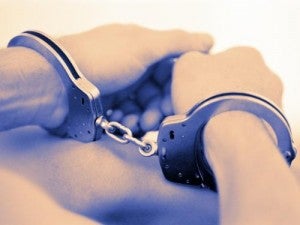 Advocate for the Defendant's Release on Bail

If probable cause is established, the next step will be to set bail. A lawyer may argue for a reasonable bail amount and for the defendant's release on bail. If the prosecution requests a high bail in relation to the charges, the defense attorney might compel the release of additional evidence to justify a high bail amount.

Discovery During the Arraignment

The prosecution and the defense will have the opportunity to begin the discovery process during the arraignment. This means that each side has a chance to notify the other of the intent to offer particular evidence. Additionally, each side has the opportunity to notify the other of the intention to exercise particular rights. For instance, a San Diego criminal defense attorney may request an opportunity for the defendant to testify before the grand jury or ask for a preliminary hearing. Additionally, the defense lawyer may present evidence of a pre-trial identification or statements made by the defendant. How a San Diego Criminal Defense Lawyer May Prepare for an Arraignment or Initial Appearance

There are several things a criminal defense lawyer might do in preparation for a defendant's arraignment or initial appearance:

Establish a rapport with the prosecuting or arresting officer:

Note to Defendants Who Have Been Injured While in Police Custody

In the event that a defendant was subject to rough treatment by police officers it is important to document any injuries that have occurred. Have a witness – not the San Diego criminal defense attorney – describe the injuries and take photographs. The court should be notified if the defendant requires medical attention while still in custody. If the defendant has been freed on bail, make certain to seek medical treatment.

Attorney James V. Hairgrove has a background in criminal defense cases and can provide advice and representation to individuals who are facing criminal charges. Please call 619-667-3743 for a consultation.