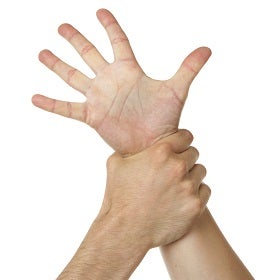 Domestic violence is a term that is used to describe various criminal offenses specified in the California Penal Code in which some form of domestic abuse occurred. Exactly what charges are filed against the accused will depend on several factors. Among those reported by a San Diego domestic violence attorney are:

A San Diego domestic violence attorney understands that most people believe that domestic violence can be committed only against a spouse, but California law uses a broader definition. Any of the following relationships may be considered domestic:

Citing California statutory law, a San Diego domestic violence attorney reposts that abuse is an intentional or reckless act that causes or attempts to cause bodily injury or sexual assault or places a person in reasonable fear of imminent bodily injury.

A conviction carries stiff penalties. Jail time of two, three, or four years is typical along with fines and restitution which can exceed $10,000. A mandatory domestic batterer's counseling program is ordered, which typically requires two meetings a week for one year. Additionally, community service, a restraining order, and protective orders are all likely consequences.

Domestic violence allegations are taken very seriously in California. If you have been accused of such a crime, it is important you fully understand your rights. Begin with a call to James V. Hairgrove, a San Diego domestic violence lawyer, at 619-667-3743.